Pim, the emotionally abandoned and affection-starved young gay son of a small seaside town’s resident floozy, grows up dreaming intensely of a loving father who will someday come for him, but never does. Frequently home alone, Pim often spends time at a neighbor’s house where another single mom and her two teenage children accept him matter-of-factly. As Pim is about to turn 15, he and neighbor boy Gino become each other’s friend-with-benefits, entering a period of sexual awakening together. Life, however, is all about change, and while Gino (a couple years older) is ready to move on and move out, Pim is not, leaving Pim behind to carry on with his continuing crush for Gino (while Gino’s sister Sabrina develops an unrequited crush for Pim).

First things first, its photography is stunning and there are many memorable sequences for which I’m going to search lots of gifs. Apart from that it is obviously a film based on a book. And how can you tell? Because it is not your average gay movie packed with clichés and lame stories. It is a story about a gay boy (Pim) living with a negligent mother that is still trying to be young and free. The boy develops a crush on this neighbor (Gino) who looks a lot like Harold from “Harold and Maude”. We witness how the relationship between Pim and Gino unfolds. But there is more to it, we can see the relationship between Pim and Gino’s sister, who has a crush on him and with his mother, who is the mother figure he does not have at home. In a place where there are not a lot of opportunities Pim is trying to find his place and his silence fills a big void. 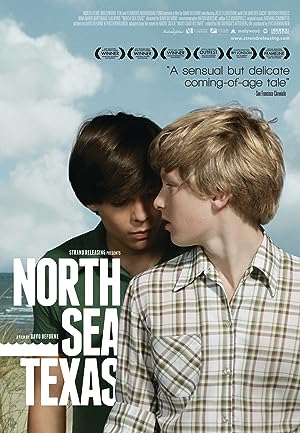