Home » Documentary » Not Angels But Angels 1994

Interviews with a procurer and with nineteen boys and young men who are prostitutes in Prague. The youths range in age from 14 to 19. They hustle at the central train station and at clubs. Most of their clients are foreign tourists, many are German. The youths talk about why they hustle, their first trick, prices, dangers, what they know about AIDS, their fears (disease and loneliness), and how they imagine their futures. The film’s title, its liturgical score, much of it elegiac, and shots of the city’s statues of angels underline the vulnerability and callow lack of sophistication of the young men.

Documentaries are not always the polished items some in the United States are used to. I’d point to Dark Days, a thoughtful material produced by a British youngster in New York who didn’t even know how to operate a camera.

Documentaries have a purpose. And it is to convey a real situation to the knowledge of the public. A documentary is written AND directed. A documentary HAS a plot. A documentary makes people THINK. And this one is no exception. The flood from the countryside towns to Prague is still going on. People need money. And young kids are easily induced in a net that’s well known by politicians, police and society.

A terrible reality that lives in Prague, and for that matter, almost anywhere in the new Europe.

This film is insightful, revealing, touching and sad. I wouldn’t say it’s a must-see. But for any person who likes documentary films, this one is a master piece. From any perspective: photography, lighting, questions and answers about the most complicated topics for a hustler’s life. It’s all in here.

I strongly disagree with the comment that states that “visuals are forced and smack of the old school of East European propaganda”. This is unfair and maybe too subjective. This film is as clear as it goes for one of those very complicated problems that have been on earth since recorded history: prostitution.

I, as someone pointed out too, strongly recommend to show this film and discuss it with young people. I wouldn’t be alarmist nor biased with its contents. All in it is real and all in it is true to life, not something that happened in 1994. Let the young ones speak their minds about it. Their vision is worth a ton of gold. I’ve done it and I certainly recommend this: let them have the word.

One last thing: you won’t easily find a documentary with this kind of production. It’s top notch. 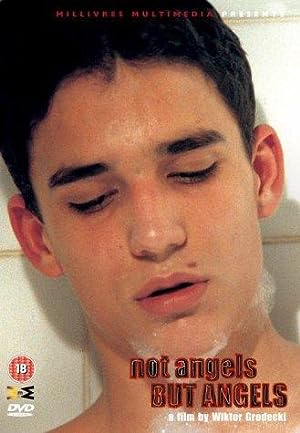 Not Angels But Angels (1994)
80 min|Documentary|N/A
5.2Rating: 5.2 / 10 from 380 users
Interviews with a procurer and with nineteen boys and young men who are prostitutes in Prague. The youths range in age from 14 to 19. They hustle at the central train station and at clubs. …
Director: Wiktor Grodecki
Creator: Wiktor Grodecki