Nothing Bad Can Happen 2013 with English Subtitles

The young Tore seeks in Hamburg a new life among the religious group called The Jesus Freaks. When he by accident meets a family and helps them to repair their car, he believes that a heavenly wonder has helped him. He starts a friendship with the father of the family, Benno. Soon he moves in with them at their garden plot, not knowing what cruelty is there to come. True to his religious belief he stays with them although the increasing violence by Benno is torturing him. Tore is fighting the torment with his own weapons. So a dangerous struggle between libidinous actions and altruism begins. Inspired by true events.

It is amazing how people don’t change ! It’s about evil and perversion and the Germans are at the best in their comport. One of the scene where the mother helps the father to feed by force Tore, it says something about education, mentality and obedience (blind one !). The most important point of this movie is the collaboration of the adults among themselves, except the daughter which is still young enough to believe in good !I think that this movie is an accusation to German society and its education. It reminds me about an excellent documentary on the Wehrmacht filming crew posted in 1943-44 in Ghetto Warsaw to film Jewish population including the mikveh (ritual immersion in Judaism, the Jewish ritual cleaning bath) with naked women. When asked by the director if it was difficult to film there,the German cameraman replied: Yes, very difficult we didn’t have enough light !…. 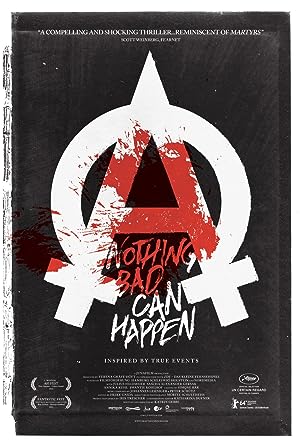 Nothing Bad Can Happen (2013)
110 min|Crime, Drama, Thriller|28 Nov 2013
6.9Rating: 6.9 / 10 from 1,140 users
The young Tore seeks in Hamburg a new life among the religious group called The Jesus Freaks. When he by accident meets a family and helps them to repair their car, he believes that a …
Director: Katrin Gebbe
Creator: Katrin Gebbe
Actors: Julius Feldmeier, Sascha Alexander Gersak, Annika Kuhl, Gro Swantje Kohlhof