An independent coffee shop owner finds out she is pregnant, a transgender girl who runs storytime at a local bookstore has to decide if she’s going to go say goodbye to her dying father who violated her for years, a 14yo boy walks around with the weight of the world on his shoulders wondering how he is as a parent to his “child”, a boy turns 23 and is told he cant bring his boyfriend of 6 years to his parents house for a birthday dinner, and a 17yo kid seeks more from life than the rootless, angry household he lives in, trying to shed light on his group of disconnected, cold friends.

Cleverly reflective of todayxe2x80x99s YouTube/MySpace generation, and shot in an improvisational, documentary style, OMG/HaHaHa opens a window to the lives of several young people in Memphis, TN. A teenagerxe2x80x99s video blog frames the various stories, as he introduces his circle of friends and their troubles xe2x80x93 from unexpected pregnancy to homophobia, break-ups to dying parents. From its attractive and talented actorsxe2x80x99 naturalistic performances to its perfectly chosen soundtrack, OMG/HaHaHa impresses with a unique and inviting charm. 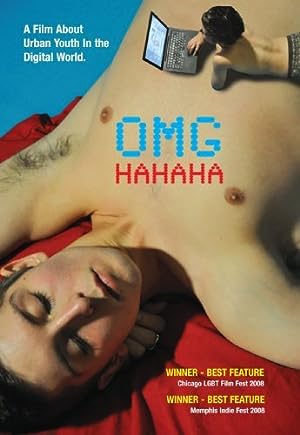 Be the first to review “Omg/HaHaHa 2007” Cancel reply