On the Old Roman Road 2001 with English Subtitles

Also Wano, carpet-seller, will receive his second, secret life, as light-footed dead-angel for the Turkish politician, as charming terrorist, as loner and successful lover. He prepared the “liquidation” of the Turkish consuls in Rotterdam, and executed them. He lures him with the picture of the Turkish sultan Abdul Hamid The Bloody, which he has bought in the auction house ‘Leo Jansen’. Secret connections consist between Wano and the old man of uptown Rotterdam, who presumably finances this terror-attack.

Frustratingly disjointed and self-indulgent art-house movie that wears its influences on its sleeve. Based on an auto-biographical book by an Armenian writer and poet called Totovents who was yet another victim of Stalinism, this movies tries to weave together history, a series of political murders and antagonisms between Turks and Armenians, folk-oriented surrealism, poetry, sexual encounters and personal musings. There are terrorists, political murders, an agent in Rotterdam hunting them down, a kidnapped boy, ritualistic killings and grave-abuse back in Armenia, and several oneiric scenes in the desert. In between these disjointed scenes, a mumbling and difficult-to-understand narrator inserts random snippets of personal memoirs, historical facts and poetry, while we try to piece together any kind of story from the snippets and surreal vignettes. The first half sometimes feels inspired by Parajanov, but these surreal moments are few and far between, and the last part unwinds into endless dull scenes of driving through Rotterdam inspired by Tarkovsky, except that instead of having something to think about, we only have confusion. Watching this is the equivalent of spending hours trying to piece together pieces of a puzzle, only to find out they make up only very small parts of several puzzles. His previous movie Avetik was a much better example of this approach because it used more accessible and global symbols and visuals. 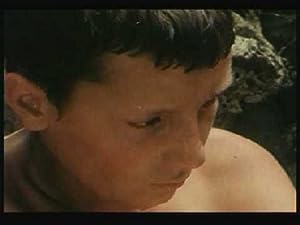