Summer 1943. Tuur and Lambert are best friends. The surrounding of their idyllic village has no secrets for the teenagers. From the farm of Lamberts dad to the marl caves in the woods – it’s their world. But the war is closing in and is about to change their lives forever. Tuur’s dad joined the resistance and even his big brother seems to be a part of it. Lambert’s family on the other hand choose to obey the Germans. Then a new girl from the city shows up, befriending the boys but telling her secret to only one of them. A choice that separates the boys and ultimately gets her in trouble. Tuur not only risks losing his friendship with Lambert, but even his whole family. He will have to stop at nothing to safeguard both.

Very well done film. The child actors are impressive. I took my two teen daughters to a screening and they agreed it is one of the best movies they’ve seen. Most WWII movies center on soldiers or governments or strategy. This one shows the simplest situations of daily life for children and how huge consequences come of adult error, cowardice, and prejudice. Rather than simply demonize all supporters of Hitler’s regime, the film does show with subtly how some were acting out of ignorance, others appeasement, yet others desperation–but it never excuses or dismisses the depth of consequence and responsibility, even for children.

Touching, evocative, affecting but not pretentious. This is what art should be like today. Secrets of War is scheduled for a US release in December 2015. Watch for it. 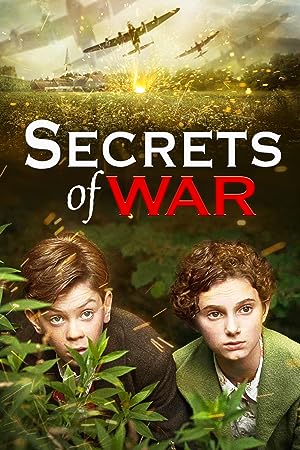