Dmitri and Anna are among the eldest of a bunch of teenagers who spend time in the abandoned venues of Athens’ 2004 Olympic Games. Dmitri is a charismatic charmer nonetheless filled with rage at his alcoholic mother and her relationship with a local marble salesman. Anna is a gymnast whose career was apparently brought to a halt by injury. As they begin a rather grotty romance, the other kids fight – sometimes seriously, sometimes not – amongst themselves, vandalise the park and make money by putting a stray dog to stud.

This is, apparently, director Sofia Exarchou’s first film and, to be frank, it shows. The lack of story structure does not really matter – indeed, it draws attention to the aimlessness of the teenagers’ lives – but more than one scene drags on too long (as when Dmitri and Anna party with a group of rowdy British youths) or gives the impression of actors being told “just make it up” (Dmitri and a middle-aged tourist making wolf sounds). But the film is worth watching once, although you will certainly not leave the cinema with a smile on your face. 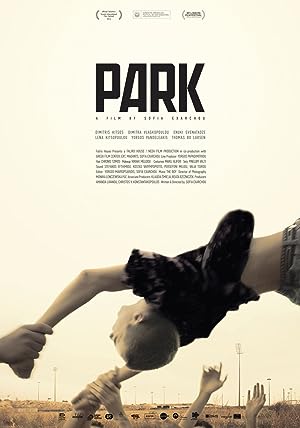 1 review for Park 2016 with English Subtitles