A young boys’ coming of age tale set in a strange, carnivalesque village becomes the recreation of a memory that the director has twenty years later.

Few films are as audacious and unrelentingly imaginative as this one. Set in a dreamlike rural Japan, the story starts out to be about an adolescent boy’s attempt to escape his overprotective mother and then surprisingly becomes a filmmakers desire to confront his own elaborated creation. There is also an effort to reconcile the individual with the collective or old and new Japan through this parade of emblematic images. Gossiping women wear sinister eye patches. An outcast simple-minded woman drowns her own baby and later returns as a sophisticated prostitute. A circus fat lady yearns to have her fake body inflated by a dwarf. Curious and astounding scenes abound, all contributing to an overwhelming experience of a creative mind interrogating itself. 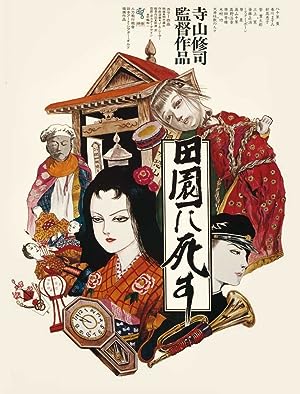