The rudimentary process is the only weakness in this masterpiece where craft and hard work touches over the horizon that cannot be anything but utterly mesmerizing. The writing is edgy, brutal and dark with a hint of amusement in each character that helps it ground the characters and offer them the appropriate gravitas. The execution and editing is eerie yet familiar especially in such a tone that focuses primarily on character development. Addition to that, the heart of the feature lies upon the stellar performance by the protagonist who is genuinely investing all his chips in; Benedict is a revelation. The series is shot beautifully with amazing cinematography, production and costume design that is utterly rich and satisfying to look upon. Patrick Melrose is a character driven series containing some concrete material to offer and so what if they make the audience work for it; it’s worth joining it.

A classic intake on the relationship between Patrick and his son, as the makers are aware on its contradict nature towards it because of his father and despite of his attempt to bond with his son, the energy of the series grows tense. And the rest of it is left on Benedict’s shoulder where he is doing some of his best work for he connects from the first frame with the audience through his breathtaking performance. 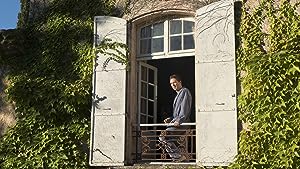 Be the first to review “Patrick Melrose 2018 e04” Cancel reply