This five-part limited series based on the acclaimed novels by Edward St. Aubyn, tracks Patrick Melrose (Benedict Cumberbatch) from a privileged but deeply traumatic childhood in the South of France, through severe substance abuse in his twenties in New York and, ultimately, toward recovery back home in Britain.

Benedict Cumberbatch gets to show all his chops in this brilliantly written, directed and shot tour de force.

We all knew he could act, but here he gets to pull out all the stops. He is entirely believable as an upper class, abused and abandoned boy who turns his life and his will over to Heroin as his only source of succor.

The writing is sublime, you don’t want to miss a moment of the razor sharp dialogue or of the inner monologues of Patrick.

The portrayal of a junkie at the peak of his chaos is completely and utterly believable. As one who suffered a childhood under a martinet father and is somewhat acquainted with the self medicating regimes that Patrick practices, I can testify to that.

I urge all viewers with an adult sensibility to watch this bizarrely charming, compassionate, tragic and comedic miniseries… 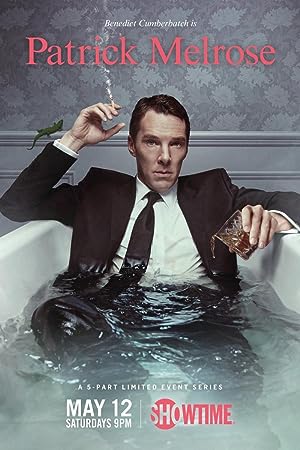