Through a series of real and imagined encounters with angels, demons, and England’s pagan past, a pastor’s son begins to question his religion and politics, and comes to terms with his sexuality.

Very formal in its presentation of religion and politics, from the school system on up, but still manages to interject new (and far older) ideas in counterpoint to the period and setting. What at first came across as something that might be strict and stodgy turned into an engaging coming-of-age tale in the form an older teenager, on the verge of manhood, who is troubled by questions of spirituality and god, while at the same time coming to terms with his own sexuality, and how all of this affects his understanding of his place in society.

The story is helped along with phantasmagorical imagery, both dark and light, by way of the young man’s dreams and imagination. But ultimately these become set pieces in the greater story and its resolution. Pretty bold fare, I would think, for what was then a 1974 TV movie originally airing on British television.

If you can get past (I did) the guiding formality of time and place and its deeply religious nature, it’s an interesting and at times intense exploration. 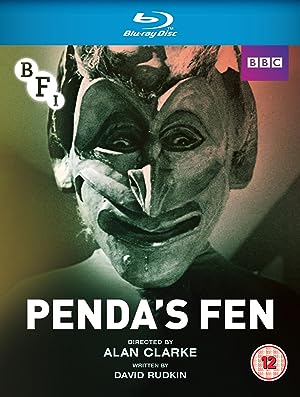 Be the first to review “Penda’s Fen 1974” Cancel reply