it is one of words who could define it. because it is not exactly a film. but a sort of experience. eroticism, colors, poetry, steps and gestures and the water of a state out of definitions. a lovely story who must be created by the viewer. this is all. a poem. bizarre. fascinating. cruel. old fashion and modern at all. it is piece from a period who seems unrealistic to the young public. or eccentric. but it is only honest confession about dreams, fantasies, desires and truth behind taboos. in delicate manner. as eulogy to the male body. as escape from reality. as fresco from an ancient time who has the form of nostalgia and self definition. 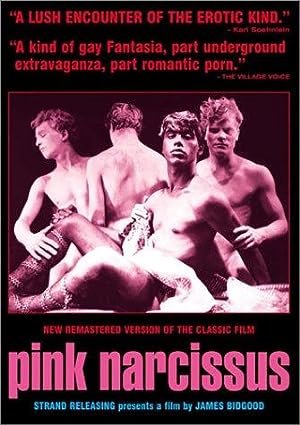 Be the first to review “Pink Narcissus 1971” Cancel reply