Athens 1966. Dimitris, 13, unexpectedly loses his father. Seeing his pampered mother collapse, the boy gets carried away and decides to skip childhood in order to stand by her. When he feels ready, he has to claim his mother back from an up-and-coming star of the military regime. A brutal coming-of-age story, where Dimitris reacts in vengeance, changing thus the course of Greek history…

Having read other reviews on this film i find myself in disagreement with much of what has been said so far about it. Most people have missed the point of this film and misinterpreted it as a film about how a boy looks at situations and the dictatorship. Well… it simply isn’t about that. We are not meant to see things as young Kemeras does, because, most importantly, he is not a child-spectator of things that he does not yet understand. He is quite mature for his age and his perception is almost infallible! He hangs out with an older boy, he thinks about sex before his classmate does, he experiments with sex long before we begin to understand that he is not by any means a “baby”. The passing of his father, it seems, has nudged him out of the juvenile attitude that characterizes most boys of his age and propelled him into puberty before he was due. The film often cuts to the future where our protagonist is shown in a dictatorial military prison (where usually the shameful dictatorship would send ‘communists’). I insist that the cuts are not there to ‘make you keep watching’. They are used (skilfully in my opinion) by the director to show the suffering of a generation of people at the time of the Junta. They are there to contrast the period of uncertainty which preceded the military coup and the establishment of the junta which is again reflected in the state of young Kemeras. The uncertainty in life after he had lost his role-model father, the notion that his uncle might be homosexual, the constant worry that he might have an STD, the idolisation of sex, the rejection by his ‘sweetheart’ and the wavering of his family’s political persuasion through his stepfather. The performances are fine with veteran Greek actors supporting the young cast. I found the dialogue to be slightly anachronistic at times (i’m not sure whether certain phraseology was used back in the 60’s and 70’s) and that some of it comes out forced and overly rehearsed. Overall the film is well shot and cut and at the end of the day the politics of it are important as ideologies often shine through people, whether we like it or not. Recommended. 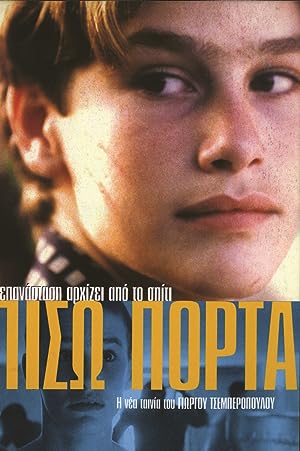