Set against the backdrop of Trinidad and Tobago’s mystical Carnival, a gifted and struggling young man becomes the object of intrigue for an older, well-meaning businessman until their worlds collide.

I guess that the plot is known to the reader, in short young, pure, but gifted guy from the rural farming village in Trinidad, meet mid age wealthy businessman. The relationship that leads to seduction, tangled with many other problems in the pure guys life that seems quite OK, until the start of the movie.

Movie from Trinidad and Tobago must gain your sympathy at first, and of course you wouldn’t expect a masterpiece. But, there are just to many but… The plot: Weak, predictable, with many detours from the main topic, and completely irrelevant jumps aside. Scenes are leaning one upon another, usually just to fill the time, many times completely pointless. Camera and directing are very basic, and few times I caught myself I felt uncomfortable watching unpleasant cadres. And finally – acting: below any reasonable expectation, on a very, very amateur level. Especially Gareth Jenkins, the man who is playing the wealthy businessman – just terrible.

So the score 2, just because of the sympathy for a young cinematography from Trinidad, and quite nice carnival scene. 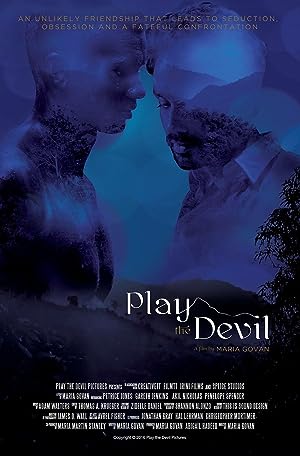 Be the first to review “Play the Devil 2016” Cancel reply