The story of a young man discovering his homosexuality, while his girlfriend tries to cling onto him.

There are too many padding scenes in this – shots of cars driving through multi-storey car-parks or of Polish underpasses add little and could easily have been cut (or perhaps replaced with further shots of the fortunately-endowed Mr Banasiuk in the shower). But it’s a pleasing enough film: not a new story by any stretch of the imagination, but seeing a well-worn plot set in a different location always adds an air of originality. And the nudity – both male and female – is nice! Banasiuk does well in the lead role, seeming remote and unemotional until the affair with Michał starts, whereupon he warms noticeably (although one suspects he’s never going to be the life and soul of the party). But acting honours go to Marta Nieradkiewicz as the wronged girlfriend held prisoner by the love she realises is hopeless, and to Katarzyna Herman as the clingy yet realistic mother.

Heralded as Poland’s first-ever ‘gay film’, this is worth watching not just for its novelty, not just for the nudity (or did I mention that already?), but also because it is an engrossing human interest drama that’s a good way to spend 93 minutes. 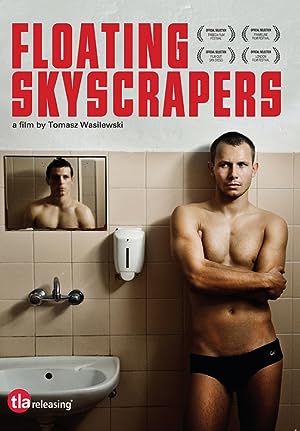