This film runs on for much too long and is not for the faint of heart. I’m not referring to some of the sexual acts between the men but the half naked or fully naked transvestites who caused my skin to creep. The goings on at this theatre become repetitive and despite some touches about contemporary French society, it remains a movie that doesn’t really have a point. “Weird things can happen in a porno theatre”; I think we already knew that. This was hardly an expose of “Peyton Place” type proportions. The lives of the three people talking outside the theatre was interesting but even those characters really weren’t developed enough and basically boiled down to an older man lusting after a young straight guy. If you overlook this film, trust me, you’ll lead a long and happy life and not feel you’ve missed anything. 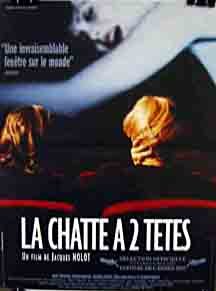