In the Summer before their senior year, three teens tried to execute the perfect prank on their bully. Instead, they executed him.

When this one came out here in Europe it was immediately sold for a few Euro’s. That made me pick up this Blu Ray guess it was 2 or 3 Euro’s and the cover looked promising.

The story is very simple. After being bullied for years it’s time for revenge and a prank is set-up. But you have to sit throughout almost the whole flick to see the prank. It takes over 40 minutes before the red stuff comes in and things go awry you think. But two minutes later we are back to blah blah and that’s exactly what we do have here. A lot of talking. The only thing I started watching was Connor’s T-shirts. They were mostly funny. I could stand up to the hand held camera and the shaky movements. Yes, another found footage flick. But an extreme boring one. I just kept watching it to see of something would happen in stead of talking, it didn’t. 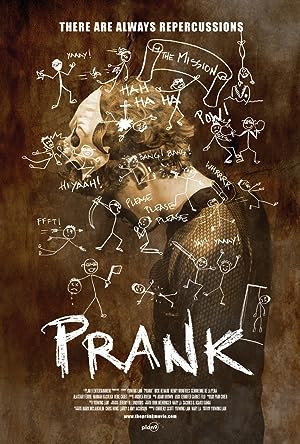 Be the first to review “Prank 2013” Cancel reply