Henry James’ classic tale of terror, “The Turn of the Screw” receives yet another screen adaptation in this thriller shot in Spain. A young woman (Sadie Frost) is hired to serve as a governess for two children, Miles and Flora (Nilo Mur and Ella Jones). She is hired by their uncle, the Master (Harvey Keitel), who became the guardian of the youngsters after the death of their parents. While the governess is initially enthusiastic about her job, Miles and Flora soon prove to be quite a handful, and the housekeeper Mrs. Grose (Lauren Bacall), who oversees most of the activities at the Master’s estate, is openly antagonistic to her. Before long, the governess discovers the house bears a dark secret involving Miss Jessel (Dayne Danika), the previous governess, and Fosc (Agusti Villaronga), the Master’s former valet. El Celo was the first feature from Director Antoni Aloy.

I had the privilege to watch the world premiere screening of this film at the San Sebastian International Film Festival. It is a visually stunning film that draws you in from the very beginning. This first-time director from Mallorca, Spain, was fortunate to have two powerful actors in his film – Harvey Keitel and Lauren Bacall – and used them both superbly. Bacall’s performance was the most impressive as well as the rich costumes and set designs. Nilo Mur, in the role of Miles, was the surprise enchantment of the film. Don’t miss it! 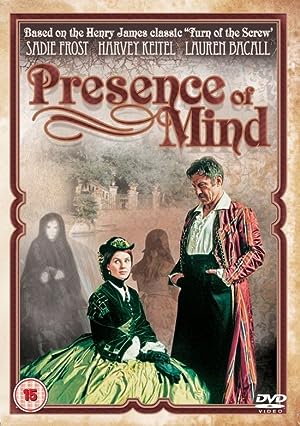 Be the first to review “Presence of Mind 1999” Cancel reply