‘Pretty Boy’ is a coming of age story of a young bullied teen, Sean, struggling with his sexuality and the hardships of high school. After his father finds some questionable magazines in his room, this devout Christian will go to any lengths to get his son to find the light and ‘perform’ the way a man should. Sean is introduced to Katie, a prostitute that understands the stigmas of modern society and helps him see the true light that is within him. ‘Pretty Boy’ is meant to inspire our youth to follow their hearts, to seek out their true family if ‘…the family they were born into isn’t the family they’re meant to be with.’

Warning: Spoilers
I saw this short at the Pensacola LGBT Film Festival not long after it was released last year, and walked away so very happy I invested the time to see it.

Quite the different coming-of-age story, this film tackles a diverse number of subjects including bullying, questioning one’s own sexuality, extreme fundamentalism, a clueless father, and the rarely seen portrayed “helpful and intelligent prostitute.”

To quote the old “Men on Film” guys from “In Living Color” … I’d give it ‘An around the world and two snaps up’” rating. I think you will too. 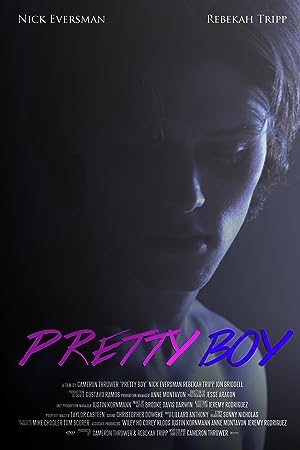 Pretty Boy (2015)
31 min|Short, Drama|04 Feb 2017
7.5Rating: 7.5 / 10 from 549 users
Sean is taken to a motel and is given a prostitute for his 18th birthday by his father. He must sleep with her to "fix" his questionable homosexuality.
Director: Cameron Thrower
Creator: Cameron Thrower
Actors: Nick Eversman, Rebekah Tripp, Jon Briddell, Millie Trachtenberg

Be the first to review “Pretty Boy 2015” Cancel reply