Sentenced to incarceration until 21, a boy plans his desperate escape.

Moving story about boys, who didn’t do anything wrong from their point of view, are trying to break out of prison where they’re supposed to stay until they reach the age of 21! WOW! Life imprisonment even before actual life has begun? Yes, it seems to exist. Later on in the move a somewhat slow (or autistic) older boy is incarcerated as well… But the last one won’t make it outside. It is heartbreaking to see a young boy longing for freedom so bad can’t make the breakout…even though he’s convinced he didn’t do anything wrong! He’s even being punished harder than when he came in… My sympathy went out to the boy who was left behind…

This movie toys with your emotions! If you can keep your eyes dry with this TV flick, you’d have the personality of a fridge! 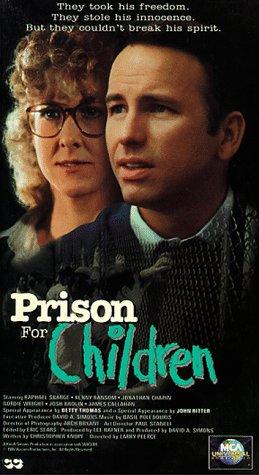 1 review for Prison for Children 1987