Before he went on to direct Jawbreaker (1999) Sparkler (1997) Darren Stein grew up making videos. Along with his friend ‘Adam Shell’ and the other neighborhood kids these young film makers touched on such adult subjects as jealousy, cruelty, and sexuality.

t brings to mind the writings of Stephen King and the remembered childhoods filled with terror from stories like IT – as the exact opposite. There is no terror in these childhoods that any of the friends – who are still friends 20 years up the line – remember or seem to suffer from. Up the line all is described as friendly jostling, maybe periodically described as “picking on” one or more of them, but all is forgiven. There is no *angst* embedded as the film and the participants in later life describe the relationships – all we see are young people having grown up to be basically the same persons. More mature, but basically still the same people, and the same power structures.

Totally amazing! Not just for the fact that people can in fact grow up relatively unharmed by social conventions – but also that friendships can in fact last. In this respect this movie is a tiny Pearl – as one assumes this has been the intent of the film: A portrait of unforced emotions binding people together. Which, when seen in opposition to films of later years portraying the dark sides of childhood – the violent inhibitions in Bowling for Combine is what easily springs to mind, but since mid 80’ies along with the growing adoration of children and childhood (accompanied by 1000s of commercials, animations and series directed straight at children) several movies and documentaries have had success with portraying the dark sides of growing up – the abuse, the loneliness, the push to excel – resulting in adults with dark and twisted minds.

And here comes a film, that says: It IS possible to have a happy childhood, look’a’here!

Thank you for that. OR the counterweight illusion … 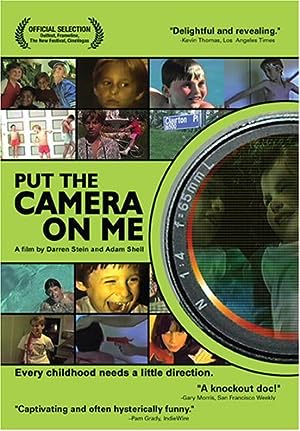