Nathan and Maggie are in the throes of a passionate affair. They’re young, good-looking, and both have boyfriends. When Nathan is assigned to write a travel article on romantic hot-spots in Napa Valley, these unconventional lovers test the limits of the sensuality and fantasy that bond them.

The plot is simple. A straight girl and a trxc3xa8s camp nominally bisexual boy go on a road trip and have a lot of sex and bicker.

The problem with the movie is completely in the writing. The dialogue is monotonous, and not in the least believable. It is some naxc3xafve straight person’s fantasy of what gay people are like. It lacks humour and novelty. It feels like ordinary people talking just to pass the time.

The gay sex scenes are quite Victorian. The characters don’t even disrobe. The actual sex is discreetly off camera. The raciest thing you see is a hand on an arm. In contrast, the heterosexual scenes are very in your face. That is cheating and insulting in movie that bills itself about being about gay characters.

Cole Williams in particular does the best with the limp material, breathing some life into it.

The very plot of the movie echoes that infuriating Christian lie that being gay is a choice and all that is needed is some heterosex to convert even the feyest boy.

There is some quite fun music and animated dancing, the best part of this movie, unfortunately a small part. 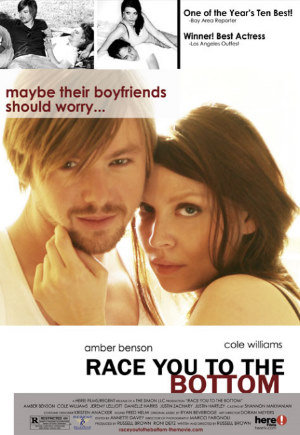