In Kazakhstan life is hard and childhood, as we know it, is virtually non-existent. Children and adults alike do what they can to get by. Emir Baigazin’s remarkable. virtually plot less film is divided into a number of chapters, each one examining boys struggling with the pain of the everyday and a life, if a life it is, far removed from what we in the West are used to.

I don’t know if any of the ‘actors’ are professionals but the performances Baigazin draws from his mostly young cast are extraordinary. There is no music score and little dialogue, (which is just as well as the subtitles on the print I saw were poor). It is, of course, deeply depressing, as grim a picture of childhood as the cinema has given us yet filmed with a startling purity. This is only Baigazin’s second film but, if given the distribution it cries out for, it should establish him as a major player in world cinema. 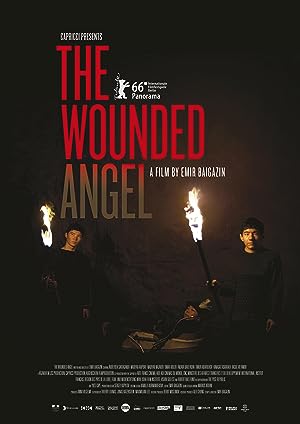 The Wounded Angel (2016)
113 min|Drama|11 May 2016
6.7Rating: 6.7 / 10 from 191 users
Four loosely connected stories set in a small town in Kazakhstan at the beginning of the 90s, a time of transition from the Soviet era to a new state with emotional and economic depression….
Director: Emir Baigazin
Creator: Emir Baigazin
Actors: Omar Adilov, Timur Aidarbekov, Madiyar Aripbay, Anzara Barlykova