Rough Road Ahead 2014 with English Subtitles

Germany, 1967. Ruby & Martin, a young couple, are rehearsing their uprising. The price is high: expulsion from school, parental violence, and ultimately institutionalization. But they are ready to take on the cause of love.

At its beginning, ‘Von Jetzt An Kein Zurück’ (English-language release title: ‘Rough Road Ahead’) seems to be about carefree German youth in the 1960s: cutting class, rock music, skinny-dipping etc. But the film is actually about what happens when that carefree German youth comes up against pressure to conform.

Rosemarie (who prefers to be called ‘Ruby’) and Horst are in their late teens and stifled by their parents: Rosemarie’s stereotypical tyrannical father insists on giving her a virginity check; Horst’s father is mentally scarred by his experiences during the Second World War. After one youthful misadventure too many, their respective parents sign them over to religiously-run reform schools.

Not having personally experienced a German 1960s religiously-run reform school I don’t know how accurate their portrayal is here, but it’s a picture familiar from any number of other films: cardboard cut-out savage nuns for Rosemarie and nightly rectal checks for Horst.

Fast-forward to the mid-1970s, the film switches from black-and-white to colour and one of our protagonists has made a name for themselves; the other is no longer around. Their experiences at the schools affected them in similar ways, but they had different methods of coping.

The supporting characters in this are two-dimensional: Rosemarie’s down-trodden mother, her best friend from the wrong side of the tracks, the boy at Horst’s school who has ‘victim’ written all over him, those savage nuns, etc… even male lead Horst is merely another pseudo-intellectual thinking he can change the world, of the kind seen in other 1960s-set fiction. Rosemarie emerges as the film’s most-rounded character as her experiences shape her personality. As a result, Victoria Schulz’s performance seems the best simply because she is called upon to display a wider range, although the other performers do their best with the material they’re given: Thorsten Merten, as Horst’s damaged father, is notable. The film is definitely worth seeing and you will gasp in horror at some of the reform school sequences… just don’t expect anything very original. 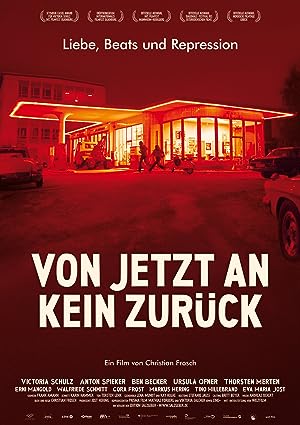