Uncompromising story of life in a Borstal prison, a British juvenile offender institution in the 70’s.

As a resident of the United States who has worked in this country’s “enlightened” prison systems, both juvenile and adult, I must say that the depiction of life in the boy’s school is as realistic as it can be.

Prisons do not work. So called “reformation” is basically limited to repetitious mind numbing labor that is, for the most part, useful to the institution since they often sub-contract inmates work in the “industries” section to outside firms, mostly government related.

There is nothing about SCUM that I saw as exaggerated or unrealistic. The institutions I have worked at were filled with under educated guards who enjoyed their so-called authority over their charges. Many were in collusion with the “powerful” inmates and often victimized the weaker inmates by celling them with people who were seeking a “wife”. This was done by the guards in order to pacify the violent inmates and help maintain calm in the cell block.

But, as to this film, I can only say that it is realistic, brutal and direct but then so is prison. No one is sent to prison to change or reform, they are sent there to be punished and the internal workings of the system are far more brutal than anything a court will dispense.

One line from the film that encapsulates the entire process of “penology” is uttered by the character named Archer when he tells the guard he is talking with that it has been his observation that more crimes are committed against the inmates than they have collectively committed against society. THAT should have been the advert tag line for this excellent and most enjoyable video.

The character DAVIS just epitomized the suffering of every slight, passive inmate in any prison or jail in any part of the world. His sense of desolation after he was raped by the thugs in the greenhouse spoke volumes about the sadistic and ignorant nature of both the inmates that perpetrated this act and the cowardly “guard” who witnessed it and did nothing.

Knowing that as I write these words, there are many DAVIS types in prisons everywhere gives one cause to reflect on the very nature of so-called humanity. 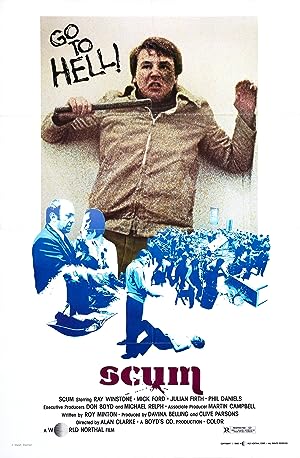