After a terrible car wreck in which he lay helpless under the body of his mother for hours, 11-year-old François is living with his grandparents. When his grandfather’s mistress (Jacqueline Bisset) comes to pay them a visit, she and François find a great deal in common.

Brief synopsis: Francois is a brooding boy mourning the loss of his mother who becomes fatally attached to his uncle’s English mistress.

I enjoyed this movie simply because it’s a very human tale and depicts well the heightened sensitivity of a child. And I enjoy movies which deviate from the standard plots as this one did.

This rare look at a child’s impressions & reactions stresses the impact small lies and thoughtless actions can have on a child—especially one who has suffered a loss. And also how much joy simple attentions can bring.

If you’re wanting any action or simple romance, you’ll have to look elsewhere. Fans of American movies may not care for this selection. 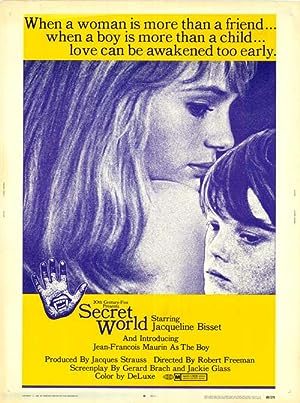