Shadows of Our Forgotten Ancestors 1965 with English Subtitles

In a Carpathian village, Ivan falls in love with Marichka, the daughter of his father’s killer. When tragedy befalls her, his grief lasts months; finally he rejoins the colorful life around him, marrying Palagna. She wants children but his mind stays on his lost love. To recapture his attention, Palagna tries sorcery, and in the process comes under the spell of the sorcerer, publicly humiliating Ivan, who then fights the sorcerer. The lively rhythms of village life, the work and the holidays, the pageant and revelry of weddings and funerals, the change of seasons, and nature’s beauty give proportion to Ivan’s tragedy.

Ingmar Bergman once claimed that the childhood gift of a film projector inspired him to make movies. The feeling of magic in creating images in light upon the wall never left him; perhaps it revealed to him the perfect medium for living out dreams.

Watching “Shadows of Our Forgotten Ancestors” is like that moment of discovery: it makes us feel the same joy some have felt in discovering Bresson or Godard, the joy of finding out what film can do. It is understanding the director’s joy in putting pictures together to tell a story (like a painter finding just the right colors to paint a myth). The movie, a sort of folk- Ukrainian “Romeo and Juliet,” bursts with passion and physicality, chasing its protagonists through some of the most wild and beautiful landscapes ever caught on film. Yet the real romance here is between director Parajanov and the camera, which swoons and runs and bounds as ardently as any young lover, whether falling like a tree to the ground or spinning through a field or moping grief-stricken in a corner. Parajanov, like a honeymooning bridegroom, tries everything; he veers from silent-film subtitles to new-wave editing gimmicks to Russian iconography within seconds, and yet the tricks never feel anachronistic. From a torchlit search along a river to witchcraft in a lightning storm to the simple, painful clarity of the hero’s eyes, the movie exudes a pagan wildness. (How he smuggled it past Soviet aesthetics is anybody’s guess.)

This is a movie that makes you laugh not from comedy but from sheer pleasure; it is as warm, bold, tragic, profoundly silly, and above all human, as a Shakespeare romance. See it by any means necessary. 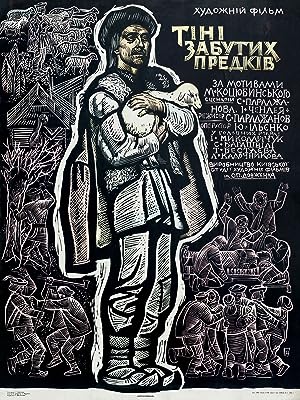