Season 08, Episode 08 – “Frank’s Northern Southern Express”
Frank starts a booming import-export business. Fiona considers moving into her own place after Ford shows her a side of Chicago she’s never seen. Meanwhile, Lip interviews new sponsors, Ian confronts a pastor trying to “pray the gay away” and Debbie deals with being unemployed while looking for a way to afford school and raise Franny. 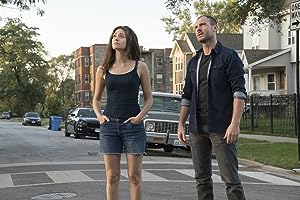