2 Birds takes place during one bright summer night and follows a group of young teenagers on a journey from innocence to adulthood. The main character is a timid boy who has a typical schoolboy crush on a girl his age, who happens to be a friend of his mate.

“Smáfuglar” or “Two Birds” is an Icelandic 15-minute short film from 2008, so this one will have its 10th anniversary next year. The writer and director is Rúnar Rúnarsson, who was already an Oscar nominee for an earlier work when he made this one here. This is the story of two teenagers (and a couple others) who end up at a party where something pretty unexpected life-changing happens. But one of the two helps the other with regard to it actually not being that life-changing really. This is also where the film is at its best, namely with that decision by the young male character towards the end. Everything before is really forgettable and I must say this is just not enough. It is one of these movies that are sadly overrated because everybody remembers the end and forgets the dragging and boredom from before that because of how memorable the ending is. But it would only have been acceptable for a 7-minute film like this in my opinion. This is also why I cannot give it a better rating, it also really lacks in terms of character development as we basically do not know anything about anybody in terms of who they are, what they are doing, why they are doing that etc. If you still wanna see it, make sure you get subtitles, even if they aren’t that crucial here as the Icelandic dialogue is really not frequent, probably a decision to get people to watch the movie also in many other countries. And looking at the awards success, it worked out nicely. I personally don’t recommend checking it out though because of what I explained earlier. Watch something else instead. I found Rúnarsson’s Oscar-nominated work already underwhelming and same can be said about this one. 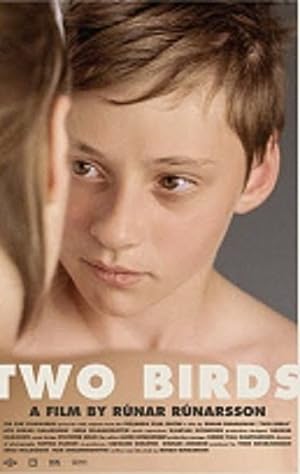