So Long Enthusiasm 2017 with English Subtitles

Margarita lives with her son Axel and his older sisters Antonia, Alejandra and Alicia. Their flat is like a cosy cave where they play music, eat, sleep and argue in the warm lamplight. An intimate family cocoon. The fact that Margarita lives locked up in a room beyond the bathroom is just how things are. The children communicate with their mother through a small window, giving her blankets, DVDs and reading material and celebrating her birthday in the corridor. When she’s eventually had enough, it’s Axel that must decide what to do.

Director Vladimir Durán’s first feature has the beautiful oddity reminiscent of the Greek Weird Wave films (think Dogtooth), and its curiosity holds throughout the film.

A family of three sisters and a little brother lives in a house with their mother locked in a different room 24/7. We see them go through seemingly ordinary routines, and then this voice would just be heard through a wall. The details and the Whys and Hows are gradually revealed throughout the film.

The film is concise and doesn’t overstay its welcome. For my taste, I think the dark humour could have been more pronounced, if it was intentional at all. I’m excited to see more from Durán, who definitely has a rare vision as a director. 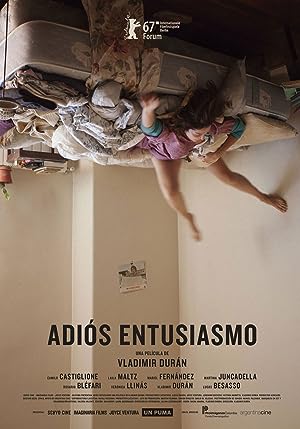 1 review for So Long Enthusiasm 2017 with English Subtitles