A man gets home from work, shouts some complaints at Scott, his teen son who’s upstairs, and heads to a mini-mart for a pint of milk. There he’s accosted, harassed, and jeered by six youths in hooded sweatshirts, and he’s punched by their leader, a budding sociopath in white. Dad walks home. The gang trails about a block behind. At home, Scott confesses he was in a fight today but didn’t hit back. His father tells him that he must defend himself, then does nothing when the gang arrives in front of their home and starts hollering and throwing things. Finally dad goes outside. Is that going to be it?

Soft is a great short film. It has all you want in a short film. fast pace, excellent story. Good round over all.

I think this film has done really well because it appeals to most people from all social classes. The father was a great actor, and his portrayal of the dad was fantastic.

His eyes said everything and the voice was just an asset which he used brilliantly as well. I would love to see him in more roles in the future as well. By far Soft is a good film and deserves the BIFA award it picked up

well done bravo Simon. like to see your future films. Some times a few films are made and they leave and impact. 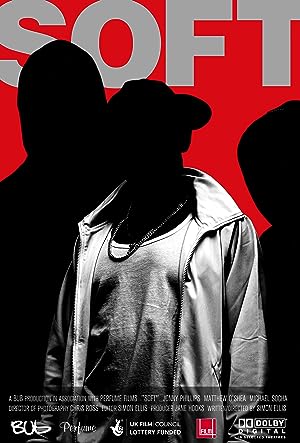 Be the first to review “Soft 2006” Cancel reply