Cécile must go to rehearse Romeo & Juliet, but boyfriend Thomas wants to come watch. When Cécile is called away to a school interview, the play director asks Thomas to step in as Juliet to rehearse with Jérémie as Romeo, but Thomas is resistant because Jérémie might just be his fantasy. Will Thomas allow Jérémie to kiss him?

the first verdict – a confused, unrealistic story. or a good idea used in not the most inspired manner. each of them – correct. but the film is only an interesting exercise. and it is not fair to pretend more from a short film. the words of Shakespeare. the delicate beauty of the young actors. the small gestures, reactions and delicate feelings. in a game who becomes more than seductive if you see the film again. because it is a simple story about feelings of a teenager, his intense jealousy and the discover of the truth about himself. with the surprising result. so, nothing original but good start point to see the classic play from a different angle. so, a decent work. who suggest more than present . but this could be the virtue who defines it. 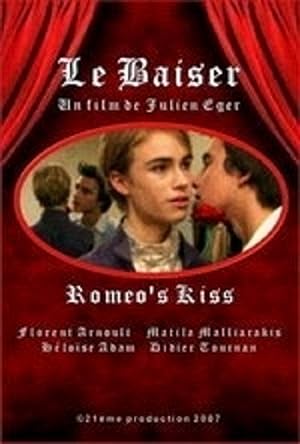 Be the first to review “Romeo’s Kiss 2007” Cancel reply