Still The Water 2014 with English Subtitles

On the subtropical Japanese island of Amami, traditions about nature remain eternal. During the full-moon night of traditional dances in August, 16-year-old Kaito discovers a dead body floating in the sea. His girlfriend Kyoko will attempt to help him understand this mysterious discovery. Together, Kaito and Kyoko will learn to become adults by experiencing the interwoven cycles of life, death and love.

This review is not about the film but the crude American taste.

Whenever my cinema-savvy friends criticised Hollywood, I’d jokingly dismiss their arguments, saying I enjoy action-packed, fun films for afternoons and that Hollywood has great production. I stand corrected.

This film has been given a 5 by metacritic. Check out the reviews. They say silent moments are awkward.. or that stares are long… I had an epiphany that Americans and their layman critics have actually no appreciation for an actual good work when they see one. Everybody likes a big Mac but in no way it means you can slam a 5-michelin star cuisine.

P.S. IMDb will not be a universal source until it goes beyond Hollywood standards. 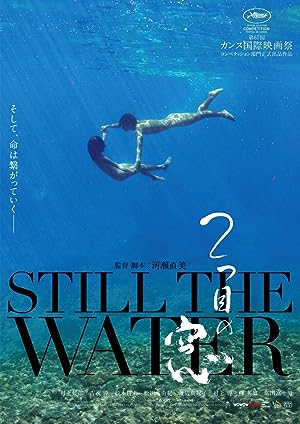 1 review for Still The Water 2014 with English Subtitles