STUPID YOUNG HEART is about the first love between the skinny and carefree Lenni and the gorgeous and popular Kiira. Not yet in a relationship, nor out of highschool, they discover that they are expecting a baby. Lenni has nine months to become a man. Having grown up without a father figure, Lenni finds longed-for adult attention and guidance from an unlikely friend Janne, a member of a right wing group that has recently moved into Lenni’s diverse neighbourhood. After taking part in a scrambled attack on a local Mosque, while Kiira is rushed to the hospital to give birth, Lenni realises that he must learn to be a man in his own way, even though he never had a chance to be a child himself.

This movie was fantastic. It’s a modern, European take on teen pregnancy based around notoriously rough Eastern Helsinki, which is known for its deprived lifestyle, where mostly unemployed people living on welfare and newcomer immigrants are trying to success day by day.

The movie itself had great actors and realistic play on young teens life which isn’t made cringeworthy by exaggerating teen slang, which is usually sadly seen on American teen dramas. The usage of non-mainstream Finnish songs made the movie more refreshing and combined with good graphics the movie was really nice to follow along. 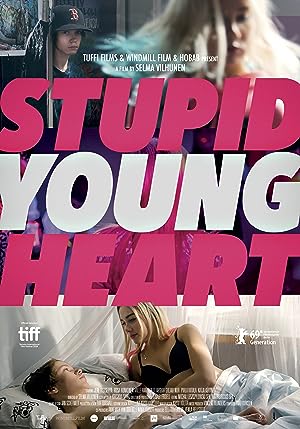