Some ground subsidence has occurred in a suburban area and a team of engineers, including Hao, is dispatched to investigate the cause. After days of wandering around in the empty suburb looking for answers and carrying his heavy gear, Hao walks into a primary school where he finds a diary chronicling the story of a boy and the separation of what seems to be an intimate group. As the investigation keeps going, Hao discovers that this diary might contain prophecies about his own life.

I’m not understanding the tepid to cold reception this film seems to be receiving. At the time of writing the score here on IMDb is 4.5, perhaps this is due to the film not receiving a wide release. After a bit of googling the reviews seem to be coming back mixed. All I know is I’m sat here thinking this is a fantastic debut film from an exciting new director!

To me, this was a film that dealt very effectively with big, universal subjects, mostly surrounding the passage of time. The relationships we form, and lose, within time; the changing (urban) environment (in particular relating to development and gentrification); and the almost eternal aspects of life, that pass from person to person, generation to generation, timelessly. Qiu doesn’t attempt to summarise these concepts in absolute, or to illustrate them clearly to the audience, instead the aim is to observe these processes in action, and contemplate them both intellectually and emotionally. The sparse but deliberate writing gave me plenty to consider, while allowing me the space to arrive at personal conclusions.

I was very impressed with the use of filmmaking techniques to bring attention to these concepts. Camera movement and use of zoom that reflects the environments people create for themselves. Colour that feels intrinsic to the environments we visit and the moods they create. Geometric, organised compositions juxtaposing with organic, naturalistic forms and shapes. There’s a lot to unpack here.

Qiu added extra difficulty to the production for his cast. The adult cast has a script which is for the most part, on the surface, so mundane that bringing characterisation into the performance must be a challenge. But the whole cast succeeds excellently. And the rest of the film is concerned with child characters, which can be a risk if the casting is not up to scratch. Here however, all of the child actors do a fantastic job of building characters with depth, charm and realism.

In summary, in my eyes Suburban Birds is one of the most interesting debut films of the last years. Bold in his style, humble and honest in his philosophy, Qiu has made a statement that is worth thinking about. I look forward to more films, and hope that more people get the chance to watch this one. 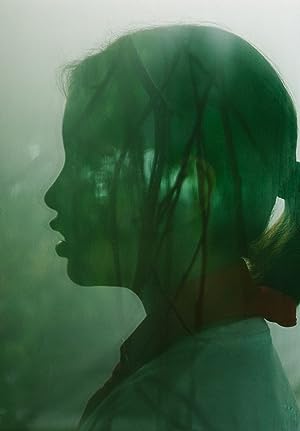 Suburban Birds (2018)
118 min|Drama|24 Jul 2018
Rating:
Some ground subsidence has occurred in a suburban area and a team of engineers, including Hao, is dispatched to investigate the cause. After days of wandering around in the empty suburb …
Director: Sheng Qiu
Creator: Sheng Qiu
Actors: Zihan Gong, Lu Huang, Mason Lee