A man invites another guy he trains with to spend some time in his country house among other male friends.

In 2013 Marco Berger wrote and directed ‘Hawaii’, a film whose central premise was a will-they-won’t-they relationship between two young men whiling away the summer in a nice house. Two years later Martín Farina made ‘Fulboy’, a documentary about a football team that was characterised by random conversations and far too many extreme close-ups of various body parts that made it difficult to know who was talking at any one time. So what is the result when Berger and Farina make a film together?

Hosting a group of male friends at his family’s nice house for a summer break, Fernando also invites Germán, a team-mate from his taekwondo class. While the rest of the gang – usually clad only in shorts and occasionally in nothing at all – engage in random conversation, Germán wonders if Fernando is going to come on to him. But is Fernando homosexual anyway?

There are definite flaws in this film: co-director Farina’s love of the body-part close-up is well in evidence, although thankfully slightly tempered since ‘Fulboy’ – most times the viewer eventually finds out who is talking! There are also times when closer attention to continuity would have been welcome: the girlfriend of one of the men suddenly disappears without explanation, and the appearance of a pet dog toward the end of the film is similarly unexplained – where was he before – locked in the shed?

I also felt the film dragged slightly in its last third, although it is hard to know how it could have been shortened: with something always happening on-screen – albeit in an extremely relaxed fashion – obvious padding is kept to a minimum. The actors are all convincing in their delivery of the mostly inconsequential, occasionally offensive, conversations: not obviously ad libbing but also not declaiming as if they were in Shakespeare. And – crucially for this film – they all appear content with the paucity of their wardrobes and pleasing casual nudity. So, despite the film’s weak spots, I’d happily watch it again. 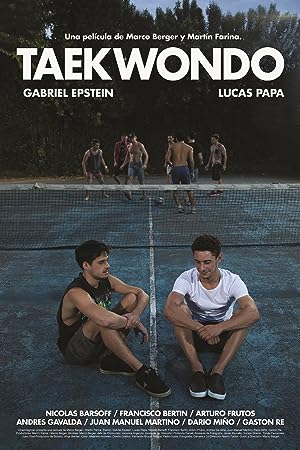