Frank Ripploh is a bit of a rascal: he’s a bearded and shaggy-haired teacher, and he’s gay with a very active sex life and an interest in making films. He keeps his personal life and teaching separate, but he sometimes corrects student papers in public toilets as he waits to score. He cruises constantly, and one evening, he meets Bernd. They become lovers. While Bernd is attentive and caring, Frank gets bored and continues his polymorphously perverse ways. For how long will Bernd and Frank tolerate each other’s habits, and for how long can Frank keep his sexual orientation out of the classroom? Things come to a head during Berlin’s annual Queen’s Ball and the morning after.

i watched this film on film4 after the customary warnings from the announcers and the person who introduced it (mark kermode) after listening to what he said i thought lets watch it anyway, thank god, a person who makes films with good content and not afraid to add in explicit content, as an adult i was glad that i had the choice to watch such a film and not have it cut by the censors. an excellent film, worth watching. anybody wanting to learn about the secret lives many gay men have to live to have their sexuality kept secret should watch this film, it is an eye opener, we now live in the 2000’s and the world has to open up to different sexuality, and not keep denigrating it, watch this film with open eyes and open your heart to the guys in the film, not all gay men act like this but secrecy is always to the fore especially for people like teachers, who a lot of people would put down if they were found out to be gay. 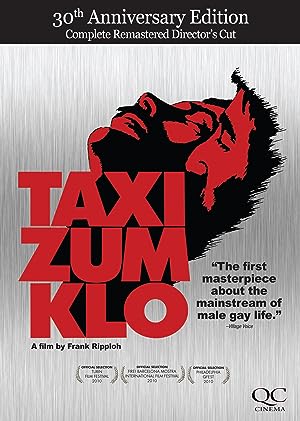