I Danish series Rita, the series where Tessa is based, not seen. I can not tell the difference in quality between the two series. An advantage, perhaps. You do notice that people often a remake at afserveren advance. “It’s not even close to the original,” you hear them say. That is often a grain of truth. That’s right. However, many callers who do not even give a chance to the new version. Look, you have what I am concerned just shut up and sit down again. And a bit fast please! I admit that series like Rita are not really my thing, but you should always see something with your own eyes to judge. The first episode is just decent.

Tessa (Thekla Reuten) is a ‘pronounced’ teacher. She commands respect and is certainly not fallen on her mouth. That is required by the youth of today, by the way. Etters! According to Tessa you have to show them who’s boss. I can not agree more with you, Tess! When the new teacher arrives Hanneke Tessa takes her under her wing immediately. As a teacher Tessa therefore stands her ground. But at home it is more complicated. She is single and has three children. The series shows how the home as well as trying to manage at work.

Tessa is the classic example of a character who is in control at work, but in her private life fails. Her three children are in my opinion not easy. The life of a single woman is not at all easy. While you’re their mother and father. Perhaps Tessa is therefore so dominant at school. Tessa does not take shit from anyone. Not even the rector with whom she shares the bed of the students. The character is thus a bit tricky, because it obviously can not be too far. As a viewer, then you have to believe that if a teacher is sustainable in a school. Especially in the conversation with the parents of the “annoying Rosa” Tessa’s behavior is problematic. Fortunately, this is television, not real life, because in real life, a teacher would immediately come to be a reprimand. So you go not last long in any case at a school. I understand that students are empowered and that teachers should go along with that. However, there are limits.

The musical accompaniment (the score) was not always necessary. In some scenes feels it is not functional at that time. I’m not convinced all of the most teen characters. Tessa proves that this aspect remains difficult, whether it is an international series or Dutch. Her children (including a gay son and a son who is getting married) do provide food for dramatic material. The issue is more whether the actors are able to depict this well.

Thekla Reuten other hand, is well underway. Reuten plays the spirited Tessa good. A large part will also depend on Reuten and whether it succeeds continuing to put its weight behind this series. Tessa can sometimes be a bit more nuanced. However, I am confident that the authors recognize that. As the episode progresses, we namely see that Tessa not only is a tough lady, but a lady with emotions. Despite the tough exterior, I just see someone who is able to show emotions. That is important. It is not intended that Tessa is a typetje. (google translated) 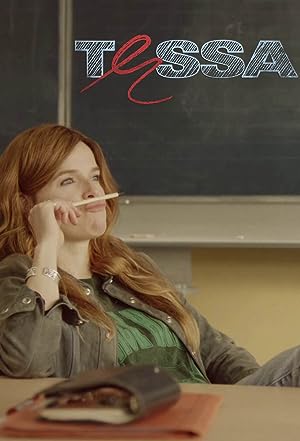 Be the first to review “Tessa 2015” Cancel reply