Christian Wolff is a math savant with more affinity for numbers than people. Behind the cover of a small-town CPA office, he works as a freelance accountant for some of the world’s most dangerous criminal organizations. With the Treasury Department’s Crime Enforcement Division, run by Ray King, starting to close in, Christian takes on a legitimate client: a state-of-the-art robotics company where an accounting clerk has discovered a discrepancy involving millions of dollars. But as Christian uncooks the books and gets closer to the truth, it is the body count that starts to rise.

Yesterday I went to watch the Accountant movie. After watch the movie I felt a strong relation with another movie, Warrior (another movie that I really enjoyed). When I came back to my house, with a small research I saw that the director of both movies was the same, Gavin O’Connor. Now, I feel that I watched 2 movies with different histories but with the same essence. I really enjoyed this movie. It worth every penny.

Ben Affleck did very well on this movie. Other actors too. Well done production.

The action scenes were really well done and the Barrett .50 sound is amazing. I love that weapon. 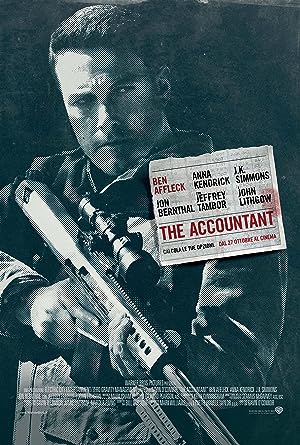 Be the first to review “The Accountant 2016” Cancel reply