The Blossoming of Maximo Oliveros 2005 with English Subtitles

Can a 12-year old lad who wishes he were a girl navigate the mean streets of Manila? Maxi cooks, cleans, and sews for his father and older brothers who are petty criminals. He’s sweet, clever and hardworking, at ease with being gay, pinning a flower in his hair, swinging his hips when he walks, vamping with friends. He’s seen adults hug and kiss and he’s watched romantic movies, so on the verge of puberty, he develops a crush on Victor, a kindly young cop. Maxi’s heart and loyalties are on a collision course: Victor is investigating crimes that lead him to Maxi’s family. In the land of the morning, is there a place for this child of the sun returning?

Although the main character is gay, this is not a gay film. The beauty of the film is that it does not make fun of the gay character. Maxi is well-loved and accepted by his family and the community.

There is plenty of humor but this light treatment of the story does not at all trivialize the message that the film wants to bring across to the audience. Scriptwriter Michiko Yamamoto who also wrote the award-winning “Magnifico” has improved her skill in storytelling and is not at all melodramatic this time. She has done away with subplots that don’t move the main story much, a weakness of many Filipino scriptwriters who want to tell everything, including the entire history of the Philippines, in one movie. Her characters are all balanced – no one is all-evil or all-saint. The most touching scenes are those that show the tenderness of Maxi’s tough-guy family to him. However, there are technical glitches that need to be fixed, and with digital technology editing may still be possible, e.g. scenes that are too dark or the screen going black for too long, making the oldies in the audience worry that perhaps the “lagarista” has been caught in traffic with the next roll of film. It is not often that Filipinos abroad get to see a rare gem like this film. Thanks to digital film-making and indie cinema and the film festivals in many countries. 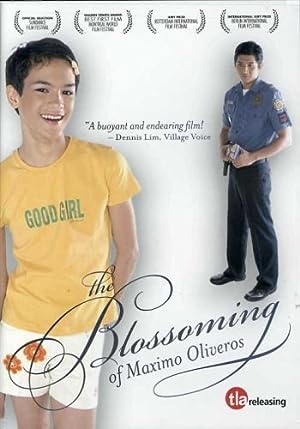