The Blue Hour 2015 with English Subtitles

THE BLUE HOUR is a sexy supernatural love story about a bullied loner, Tam, who finds solace in the arms of Phum, a boy he meets at a haunted swimming pool. Phum reveals that his family’s land has been stolen and the new found lovers imagine a perfect life together on the disputed land. Haunted by a ghostly presence, Tam struggles to stay connected to reality. An official selection of the Berlin International Film Festival, THE BLUE HOUR is a dark atmospheric tale of love and distress.

Frankly, I can’t find many words to describe The Blue Hour. I saw it at a film festival in Montreal where the end left the crowd in an awkward silence. A few claps emerged, though they all felt like a reaction to “Hey, no one else is clapping, maybe I should. Should I start? Do I start this? This feels so wrong to clap.”

The Blue Hour is a film about two gay teenagers who meet online and then in person at an abandoned pool facility for the first time—one to hide from his family and the other because he has nowhere else to go. The two learn more about each other by exploring parts of the city, occasionally returning to the abandoned pool where they start to learn that the building hides a dark secret.

I wish I could say more but it’s probably best you see it for yourself. It has some especially strange turn of events that lead to an ending that left me confusingly despondent. I was one of the confused clappers at the end of the film, in that regard. I felt like the movie deserved it, even if the last thing I wanted to do was clap at the denouement of it all. Really recommend it if you’re looking for something different to watch. 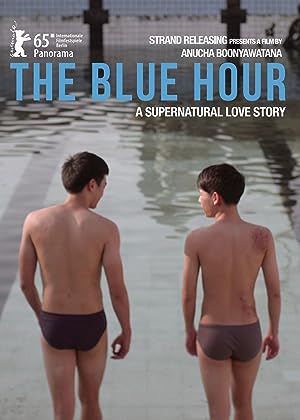 2 reviews for The Blue Hour 2015 with English Subtitles