Home » Movies in English » The Childhood of a Leader 2015

The Childhood of a Leader 2015

This chilling fable about the rise of fascism in the 20th Century tells the story of a young American boy living in France in 1918 whose father is working for the US government on the creation of the Treaty of Versailles. What he witnesses helps to mould his beliefs – and we witness the birth of a terrifying ego. Loosely inspired by the early childhood experiences of many of the great dictators of the 20th Century and infused with the same sense of dread as The Others and The Omen, The Childhood of a Leader is an ominous portrait of emerging evil.

The film is clearly influenced by some the greatest directors in terms of style. The music is almost old school experimental and very striking. The acting is excellent. The environment is extremely realistic. Remarkable achievement on a relatively low budget.

The story and plot is challenging and requires full concentration to see into it’s message and meaning. It it also like watching part one of a trilogy,

There is lots of going up and down stairs in steady tracking shots that at times almost feel Escheristic.

The film will appeal to those who enjoy watching directors that attempt to paint on a cinematic canvas and who appreciate challenging films. 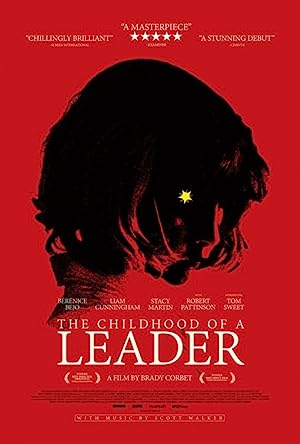