Fred Schepisi’s film, ‘The Devil’s Playground’ is an intimate portrait of Tom, a thirteen-year-old struggling in spirit and body with the constraints of living in a Catholic seminary. It is also the story of the Brothers and how they cope with the demands of their faith.

I have this film as part of my home video collection and have not seen it in awhile. However, I can remember the feeling of misgiving I felt for these young men who were entering puberty. It brought back memories of my entrance into the same. It brought to mind that those things for which we are regularly exposed to do not cause so much curiosity. These young boys were required to remain sexless without feelings or hormones, just when their bodies were beginning to take off. I kept thinking that it could have helped them if they were taught about the normal body development they could expect, the urges and ideas which may spring to mind. The allowance of the natural arrangement of public showering, with the nudity exposure indicated, but allowance for one’s privacy and dignity as the person is comfortable, could also have helped in their adjustment to puberty. Of course, this was a movie, but it is a good lesson to anyone dealing with pubescent kids. Simon Burke was excellent in his portrayal of his character. 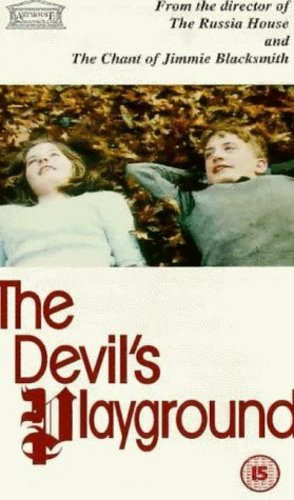