Home » Non-English with Subtitles » The Family 2017 with English Subtitles

The Family 2017 with English Subtitles

Andres (35) and his son Pedro (12) live in blue-collar neighborhood of Caracas and they hardly see each other. While Andres uses his time with his jobs, Pedro walks around the streets playing with his friends and learning from the violent place that surrounds him.

‪Harsh, brutal and engaging, it tells the story of a father and his 12-year-old son living in the poorer parts of Caracas, Venezuela.‬

‪Written and directed by Gustavo Rondón Córdova, “La familia” (2017) is his feature film debut, after five previous short films. According to The Hollywood Reporter, it was the first film from Venezuela to ever be part of the Cannes Critics’ Week competition.‬ 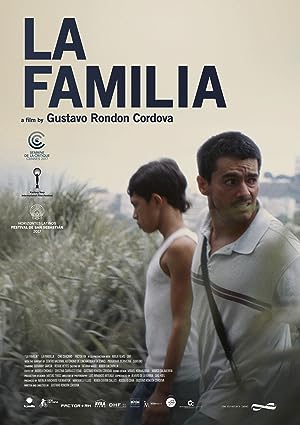 The Family (2017)
82 min|Drama|03 Aug 2018
6.6Rating: 6.6 / 10 from 317 users
Andres and his 12 year old son Pedro lives in a blue-collar violent neighborhood in the outskirts of Caracas but hardly see each other. One day Andres comes home Pedro has gotten himself in serious trouble after hurting a boy in a fight.
Director: Gustavo Rondón Córdova
Creator: Gustavo Rondón Córdova
Actors: Giovanni García, Reggie Reyes