The Flavor of Corn 1986 with English Subtitles

Lorenzo, a handsome first-year professor in an isolated Italian village, falls under the spell of his most beguiling pupil, a dark-haired, starry-eyed 12-year-old named Duilio. As Lorenzo’s relationship with his heartless girlfriend deteriorates, he finds himself walking the fields with his loving student. When their idyllic friendship is questioned by Duilio’s suspicious stepmother, Lorenzo is brought to a crisis of conscience.

Lorenzo is a college student doing a student teaching assignment in a small Italian Village. He has recently lost his mother, is estranged from his father and has no family to speak of.

When he visits the home of Duilio, one of his students, he’s taken into the family and between the family’s welcome and Duilio’s infatuation with him, Lorenzo is forced to question his attitudes and those of society towards gay relationships and relationships between those of differing ages.

Add a woman who offers the young teacher a sexual relationship but no affection, and Duilio’s stepmother’s suspicion about her son’s teacher and Lorenzo is forced to confront his deepening feelings for the boy.

I thoroughly enjoyed this movie. The question of gay relationships between younger and older have always troubled me. Who am I to judge but at some point there IS such a thing as child abuse. Where is the line to be drawn? In this case the ages are not that disparate, and the oversight by the youngsters family adds a whole new element to the equation. This movie tastefully handles the subject matter, does not veer toward the sensational and ends in a thought provoking way. Bravo. 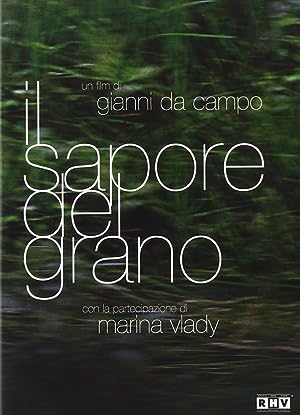 2 reviews for The Flavor of Corn 1986 with English Subtitles