The Flight of the Innocent 1992 with English Subtitles

The boy Vito is a portrait of beauty and wide-eyed innocence spawned from a violent family of kidnapers and murderers in the South of Italy. When his entire family is murdered by a rival clan of kidnapers, Vito must flee for his own life and in the end attempts to make atonement for some of his family’s sins.

In the countryside of Italy, there is a feud between two families of kidnappers and the boy Vito (Manuel Colao) escapes from the slaughter of his family by the other family hiding under his bed. Before dying, his father advises him to warn his older brother that is hidden in a cave. When Vito arrives there, he finds his brother and a boy called Simone that had been kidnapped by his family dead. He finds a backpack with Simone’s address in Rome and he decides to travel to Rome to meet his cousin Orlando (Lucio Zagaria) to flee from the killers that are hunting him down. Orlando gives a pack to Vito to keep for him and he puts in the backpack. Soon Orlando is murdered by the killers and Vito decides to seek out Vito’s parents. When he meets them, the disturbed mother Marta Rienzi (Francesca Neri) wants to keep Vito with them, while her husband Davide Rienzi (Jacques Perrin) does not believe in him and decides to pay the ransom to retrieve his son.

“La corsa dell’innocente” is a great Italian thriller based on a dark period of Italian history when there were abductions of wealthy people and even politicians. Through the long journey of an innocent orphan victim of a war between two families of kidnappers, the director Carlo Carlei exposes the drama of a family that had the only son kidnapped by a gang. In addition to the great story and performances, the film shows beautiful landscapes and monuments in Italy together with a wonderful music score. My vote is seven.

Title (Brazil): “O Vôo do Inocente” (“The Flight of the Innocent”) 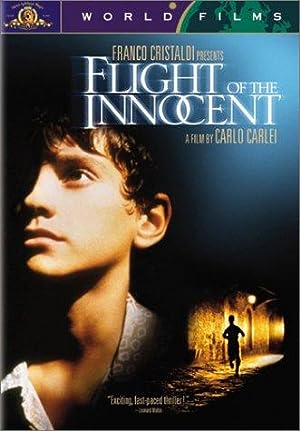