A young Vietnamese-Canadian swimmer finds himself struggling between the expectations of his family and the demands of his heart. His father wants him to marry soon, but his mother, haunted by a past romance, hopes her son will stand up for what he believes.

it is touching and seductive and good example of great cinematography. it propose the admirable performance of Minh Ngoc Nguyen. it does , in delicate – precise manner, a remarkable mix of past stories, duty, sacrifice and love. it uses the right music for reflect the feelings of characters. and, sure, the right actors, the relation between Long and Ryan is the useful map for discover the strong links, the old plans for the future, the admirable build of details. the atmosphere, the story, the cultural-historical references, the delicacy, all each impose “The Golden Pin ” as a special film. sure, for a part of public , it could be defines as too sentimental, like a form of soap opera. but it propose powerful scenes and the rules who define the genre are enriched by a rare flavor of image. almost a gem, it is not a bad idea to see it. not as a relation between two swimmers or as clash between duty/love, but as one of beautiful stories about the faith and the good/wise choice. 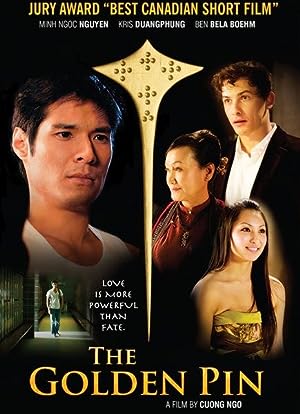 Be the first to review “The Golden Pin 2009” Cancel reply