Young Goob, 16 years old, returns home to his mother where he grew up in the countryside, between a small restaurant and a field of pumpkins. His mother’s new companion and Goob don’t get along. This summer Goob will mature in many ways, dealing with a girl in the stock-car circuit, a gay cousin who dances, and problems with a seasonal woman fieldworker.

Set during a hot summer we meet Goob who at sixteen has spent his time helping his mother out at her roadside café and farming pumpkins in the adjoining filed. Sounds a bit dull, but there is always the stock car racing and his mum falls for a womanising violent cliché of a man in the shape of Womack (Sean Harris ’71’ and ‘Southcliffe’) who likes to race his battered old motors. He and Goob do not get on and the inevitable friction develops with the very easily foreseen violence.

There are asides to the story and some well observed teenage bonding and Elliot (Oliver Kennedy) makes for a very diverting interlude. Goob also starts to explore his own sexuality -in being attracted to one of the foreign seasonal workers – completing the coming of age theme.

This is a film with a linear narrative and no back story. It relies on an immediate connection with the players and that is often very sparse as there is not much time to build empathy. That said the performances are all assured with only a few clichéd moments, and they mostly work given the context and the fact the Womack is a bully and therefore a child and a coward.

All in all a well made independent film, that will not be to everyone’s taste but has enough to ensure that we see more from writer and director Guy Myhill – recommended to fans of truly independent films. 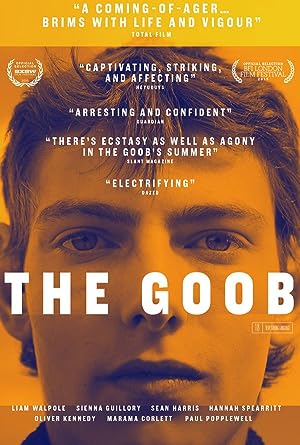 Be the first to review “The Goob 2014” Cancel reply