The Great Water 2004 with English Subtitles

An ailing communist reflects on his childhood in Stalinist Yugoslavia.

Much has gotten told of Europe during World War II, less about what happened right after the war was over. Macedonia (then part of Yugoslavia) saw the Nazis defeated but saw a new terror arise. Tito’s government established orphanages for children of anyone considered an enemy of the new government. Ivo Trajkov’s “Golemata voda” (“The Great Water” in English) looks at the hellish conditions in one such orphanage. It’s based on a children’s book by ivko Čingo, but this is no children’s story in the general sense. The story gets told as a flashback, with the main character remembering the horror that he experienced in an orphanage and how he befriends a new boy in the orphanage.

It only adds to the tragedy that Yugoslavia’s breakup caused a war, and then Macedonia’s government participated in the extraordinary rendition program. But anyway, this is a really good, really intense movie. I watched it to see how much Macedonian sounds like Russian; there were a few words that I could understand but mostly it sounds different.

I recommend the movie. 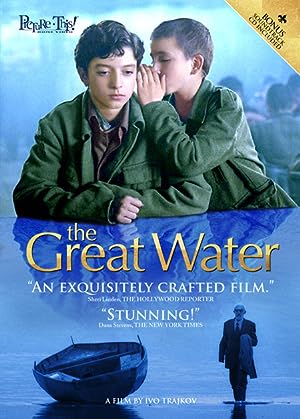