Home » Non-English with Subtitles » The Heirs 2015 with English Subtitles

The Heirs 2015 with English Subtitles

Teenagers’ leisure at full swing: a group of friends spend their holidays at parties, having sex, boozing, and partaking in any adventure that brings them a boost of adrenaline. As they use violence for entertainment and to fulfill their authoritarian fantasies, their adventures will show the cracks and the collapse of the perfect world they live in.

Los Herederos (2015) “The heirs” is an honest (although not very deep) view of the Mexican high class (mid-high, may be?), especially the teenagers. We see them drink, party, fighting for the girls. All this with close to no supervision by their parents, probably way too busy closing a business deal or something like that. When they get bored of this, using all the freedom and resources, and in the context of virtually total impunity of the Mexican justice system, they decide to engage in activities more and more violent. And this is when things go wrong.

The interactions between the teenagers are very authentic, if you are non-Mexican Spanish speaker you will probably not understand half of it. I honestly felt some dialogues so Mexican- dense, that in the first half I found it a little annoying.

As a drawback, if you are not used to this kind of films you may find the pace too slow. 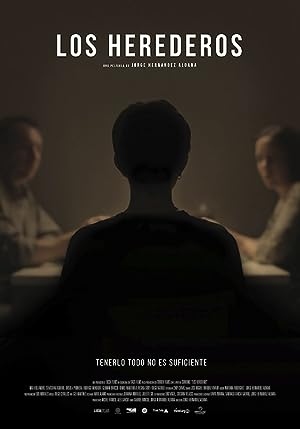 The Heirs (2015)
N/A|Drama|26 Oct 2015
6.2Rating: 6.2 / 10 from 53 users
Teenagers' leisure at full swing: a group of friends spend their holidays at parties, having sex, boozing, and partaking in any adventure that brings them a boost of adrenaline. As they use…
Director: Jorge Hernandez Aldana
Creator: Jorge Hernandez Aldana, Gabriel Nuncio
Actors: Mxc3xa1ximo Hollander, Sebastixc3xa1n Aguirre, xc3x9arsula Pruneda, Rodrigo Mendoza

1 review for The Heirs 2015 with English Subtitles